One of our clients who did very well in their Mother’s Day campaign last year was NetFlorist. They achieved exceptional website conversion rates while running an online campaign through the Facebook platform. Read on to find out how they did it.

Objective: NetFlorist wanted to use their social media accounts to run a conversion campaign, aiming for online purchases through their website.

Solution: Facebook was an excellent option for the campaign as NetFlorist were able to use a variety of designs (three carousal ad-sets) to target their typical clients (a South African audience aged between 24-55). The campaign ran for one week from May 5th 2017 to May 10th 2017. The three ad sets were placed on the audience’s Facebook News Feed and Instagram Feed on both mobile and desktop as well as on third-party apps and website.

During their 2017 Mothers Day campaign NetFlorist made use of Facebook’s carousal ad-set option. This allowed them to serve three different sets of carousal ads to their audience. The creative from each ad-set varied from one another; however, the copy in the actual post remained unanimous. The differentiation in creative enabled the brand to firstly broaden their chance of attracting consumers as one set of creative may not have appealed to everyone and secondly, it enabled them to gain further insight into what sort of creative their audience responds better to. A “Shop Now” button was included on each advert and clicked through to the NetFlorist website where Popimedia was able to track conversions by using a Facebook tracking pixel. Each ad-set played on the consumer’s emotions by humorously implying that the consumer who purchased the more luxurious gift from NetFlorist would be considered their mother’s favourite child. The hashtag #BeHerFavourite was used in all three posts to cement the implication. Furthermore, NetFlorist made clever use of an incentive to promote early orders, “get FREE Lindt chocs this Mother’s Day if you order by 10 May.”

The top performing creative was the blue-background creative. In this ad set the copy graded from “Her spawn”, “Her child” to “Her schnookie-bum”. The higher engagement rate may have been due to the striking term: “Her spawn”.

The campaign reached a significantly large group of people in South Africa, aged between 18 and 55 years (NetFlorist usually excludes 18 to 23 year olds, as that age group is generally students). In terms of gender there was an interesting trend of a skew towards females who made up 80% of the conversions with males coming in with the remaining 20%. This distinction in gender split may be a result of socialization practices pertaining to caring for parents where females are socialized to feel more responsibility when it comes to displaying emotions, particularly those related to love, appreciation and care, which are perceived as being feminine traits. Furthermore, 45% of total reach occurred to people aged between 25 and 35 years, with 18 to 24 year olds coming in second and the older group, 35 to 44 years, accounting for a mere 8%.

Gauteng accounted for the majority of reach with 56% attributed to this region, following this split was the Western Cape accounting for 20% and KZN following with 16%. The remaining 8% was split between the remaining 6 provinces. This drastic split in reach is a reflection of South Africa’s economic structure where the Gauteng province, with Johannesburg in particular, remains the most densely populated province in South Africa.

In terms of placement, 66% of the audience viewed the advert in their Facebook Feed via their mobile device, while only 21% viewed the advert via desktop. This statistic supports the constant urge to create content for a mobile-first audience.

The campaign resulted in several thousand clicks to the website from the advert, with a remarkably low 3% drop off between click-through and conversion. This means that 97% of all the people who clicked through to the NetFlorist website from the Facebook advert actually made a purchase! This minimal drop-off rate is testament to the great UX design of NetFlorist’s website as it prompts consumers to convert easily. Total conversions for this campaign were 416% MORE than the KPI target NetFlorist had requested and the revenue made in online sales was 36 times more than what was spent in order to run the adverts. This campaign was undoubtedly a landslide achievement for NetFlorist, Facebook advertising and all the mothers who received a special delivery that Mother’s Day.

We hope these insights are helpful in setting up your next online digital campaign. 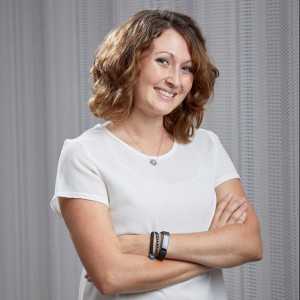 Katya takes care of all things marketing; from writing our blogs and maintaining internal culture, to website design, social media management and running of our digital campaigns. If you’ve signed up for the Popimedia newsletter, your inbox will already be familiar with her work.